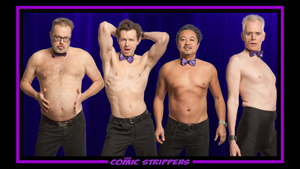 The Comic Strippers (19+ Only)