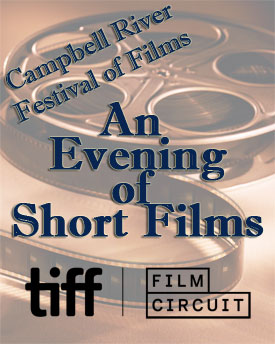 An Evening of Short Films

Every year an independent group of Canadian film insiders and enthusiasts choose and judge films from across the country for a celebration of the best in Canadian cinema. While it’s sometimes hard for Canadian feature films to get noticed, it’s even more difficult to get noticed as a short filmmaker. Short films are rarely profitable, and are often screened solely at festivals. However, they often pack insight and emotional punch in a few short minutes. They are often an early indicator of emerging film-making talent.

With films less than half an hour in length (and in many cases, considerably less), the best short filmmakers produce works of art and/or narrative depth that are borne from a love of filmmaking and storytelling. Short films are the medium of choice to communicate ideology, vision, style and much more. Join us for an exceptional evening of visual storytelling!